Nack Y. Paek is a founder of the Bank, the Chairman of the board of directors and the Chief Executive Officer of the Company, and the Executive Chairman of the Bank. Prior to establishing the Bank in 2006, Mr. Paek was President of a successful SBA service provider, Government Loan Service Corporation, which specialized in originating and servicing SBA loans for banks from 1991 to 2006. Mr. Paek dissolved Government Loan Service Corporation in April 2006 in order to focus his full attention on the success of Metro City Bank. From 1980 to 1990, Mr. Paek was a sole owner of the local CPA firm of Nack Y. Paek, P.C., with its clientele being predominantly members of the Asian immigrant communities. In addition, Mr. Paek was a founding director of Summit Bank Corporation in 1987, where he served as Chairman of the Board from 1992 to 1994 and also Chairman of the Audit Committee. Mr. Paek was also the internal audit director of Continental Insurance Companies in Southern region of the U.S. from 1974 to1980. From 2002 to 2016, Mr. Paek served as Chairman of the board of directors of the Center for Pan-Asian Community Services, Inc. (CPACS), the largest nonprofit community service organization geared to help Asian immigrants to settle and adjust in the Metro Atlanta area. In early 1990’s Mr. Paek also served as a member of U.S. Small Business Administration Advisory Council in Georgia. Mr. Paek obtained his Bachelor of Science Degree from College of Commerce, Seoul National University and a Master’s Degree in Business Administration from Northern Illinois University. Mr. Paek brings an extensive knowledge of our business and our markets gained from his long career leading the Bank and growing our franchise into what it is today. In addition, Mr. Paek provides our board with valuable strategic insight and business management skills gained over the course of his business career owning and leading numerous successful businesses.

Farid Tan is the President of the Company and the Chief Executive Officer of the Bank, and has over 40 years of banking experience. Mr. Tan joined the Executive Training Program for Bank Bumiputra Malaysia, a Malaysian bank owned by the Malaysian government, in 1981 where he served in a number of positions both in Malaysia and in New York, including Senior Account Officer, Senior Internal Audit Supervisor, and Senior Foreign Exchange Dealer. He was promoted to Assistant General Manager in 1993, a position that he held for six years before leaving in 1999 to become the Senior Credit Officer for Global Commerce Bank, a local community bank in Doraville, Georgia. He was President and Chief Executive Officer of Global Commerce Bank from 2002 to 2005 before leaving to become President and Chief Executive Officer of Metro City Bank, which opened in early 2006. Mr. Tan was educated at Polytechnic Ungku Omar, Malaysia where he received a diploma in accounting. Mr. Tan served as a member of CFPB’s Community Bank Advisory Council from September 2013 to April 2015. He also served as a member of the ICBA Minority Bank Council from April 2015 to April 2016. Mr. Tan was also a member of the Association of Cambiste International (ACI) and the Financial Market Association, Malaysia and USA. Mr. Tan is also fluent in three languages, Mandarin, Malay, and English. Mr. Tan provides the board his vast experience in community, regional and international banking that covers financial operations, audit, retail banking, mergers and acquisitions, loan syndication, foreign exchange trading, security investment, strategic planning and portfolio management. He also provides an overall perspective of all facets of the Company’s business, financial condition and strategic direction.

Howard Hwasaeng Kim has served as a director of the Bank and the Company since 2017. Mr. Kim is currently the Executive Vice President of the Company and President of the Bank. Mr. Kim also serves as Chief Lending Officer and Chief Operations Officer of both the Company and the Bank. In this role, he is responsible for leading and supervising the Bank’s lending department and the Bank’s deposit branches. Prior to his tenure at the Company, Mr. Kim has worked at the Korea Development Bank, a wholly state-owned policy bank in South Korea, from 1980 to 1991, where he was responsible for the bank’s accounting, loans and foreign exchange transactions. During his time at Korea Development Bank, Mr. Kim also worked in the bank’s securities company for six years as the accounting manager and representative manager in the Amsterdam Office. From 2000 to 2006, Mr. Kim worked as a loan officer and lending officers at various community banks in Georgia, until starting his position as the Chief Lending Officer of the Bank since Bank’s inception in 2006. Mr. Kim was appointed Executive Vice President and Chief Lending Officer of the Company in 2014, and President, Chief Lending Officer and Chief Operating Officer of the Bank in 2016. Mr. Kim graduated from the Hankook University of Foreign Studies with a Bachelor of Science Degree in Business Administration, completed from Seoul National University with KDB MBA and later earned his Master’s Degree in Business Administration from Georgia State University. Mr. Kim brings to our board strong leadership skills and a wide-ranging understanding of bank management from his thirty plus years of experience in banking, as well as valuable insights from the local business community.

William J. Hungeling joined the board in November 2020 and is the Chairman of the Audit and Compliance Committee. Mr. Hungeling is a certified public accountant and managing shareholder of Hungeling CPA, PC, a public accounting firm located in metropolitan Atlanta.  Mr. Hungeling has been with Hungeling CPA since 1994 and has been the managing shareholder since 2015.  Mr. Hungeling has been a member of the American Institute of Certified Public Accountants and Georgia Society of Certified Public Accountants for over 20 years.  He has served as a board member of the Atlanta Conference of the St. Vincent de Paul Society and was a founding board member of the Old Fourth Ward Business Association and the Hope-Hill Elementary Foundation.  Mr. Hungeling received a Bachelor of Arts degree from the University of Notre Dame and a Master’s Degree in Taxation from Georgia State University. Mr. Hungeling’s public accounting experience assisting his broad cross-section of business clients with maintaining GAAP-based financial statements and complying with ever-changing governmental regulations brings valuable experience to the Board.

Francis Lai has served as a director of the Bank since 2010 and a director of the Company since the Company’s inception in 2014. Mr. Lai, a native of Malaysia, is currently the managing member of Goldfield Capital, LLC, an operator of commercial real estate ventures, a position he has held since 1996. Prior to 1984, Mr. Lai worked with Hock Hua Bank Berhad in Sabah, Malaysia and was a director of Summit Bank Corporation from 1984 to 2007. Mr. Lai previously served on the board of directors of the Chamblee Chamber of Commerce. Mr. Lai earned an Associate’s Degree in Arts from The University of the State of New York, and B.A. in economics and M.B.A. degrees from Mercer University in Atlanta. Mr. Lai’s commercial real estate background and his prior experience as a bank director provides the board with valuable experience and insight into commercial real estate trends.

Don T.P. Leung is the vice chairman of our board and has served as a director since the inception of the Bank in 2006. Mr. Leung has served as the Managing Member of Light Efficient Depot, LLC, an operator in energy efficient commercial lighting, from February 2012 to June 2015. Prior to his role with Light Efficient Depot, LLC, Mr. Leung established and managed an apparel company that developed private label apparels for 23 years. Mr. Leung graduated from University of Central Lancashire in United Kingdom with a degree in Marketing. Mr. Leung’s experience as managing member of Light Efficient Depot, LLC has given him leadership experience and business acumen that is beneficial to our board, especially as the chairman of the Bank’s credit risk management committee.

Feiying Lu has served as a board member since the founding of the Bank in 2006. Ms. Lu has served as an internal controller with Imaex Trading Company, a wholesale frozen foods distributor, since 1997. In this role, she is responsible for preparing monthly financial reports, reviewing and analyzing data for assuring achievement of organization’s objectives in operational effectiveness and efficiency, and compliance matters. Ms. Lu received a Bachelor of Science Degree in Electronic Engineering from Shanghai University of Science and Technology. Ms. Lu’s experience as a controller and her relationship in the Chinese-American community provides our board with meaningful financial expertise and strengthens our ties to the Chinese-American community.

Young Park has served as a board member since the founding of the Bank in 2006. Mr. Park is the owner and President of Kani House Restaurants in the Atlanta area. Prior to opening his restaurant in 2004, Mr. Park was the owner and President of Fortune International Jewelry, a position he has held from 1986 to 2013. Mr. Park is a graduate of Inha University, South Korea, with a degree in mechanical engineering. Mr. Park’s experience as an owner of several business ventures as well as his relationship in the Korean-American community brings to our board valuable management skills and strengthens our ties to the Korean-American community.

Ajit A. Patel is the Chairman of our Compensation Committee and has served as a board member since the founding of the Bank in 2006. Mr. Patel is the Managing Member of Amrit & Sons I, LLC and Relax Hospitality, LLC, positions he has held since 1999 and 2010, respectively, and he is also an owner and operator of two hotels in Pensacola, Florida. He currently serves on the Days Inn Advisory Council and was elected to their Board of Directors in 2017 and has served as the Board Chairman. He also served as a director and treasurer of Visit Pensacola, Inc. from 2014 to 2016. In addition, he has worked as a financial consultant at the Ayco Company from 1993 to 1997. Mr. Patel was educated in London at the City University where he graduated with honors in Economics and Accountancy. He also received a Masters Degree in Taxation from Georgia State University. Mr. Patel’s extensive experience as a managing member of two commercial real estate companies brings to our board strategic and operational depth as well as valuable perspective in the hospitality industry.

Frank S. Rhee has served as a board member since the founding of the Bank in 2006. Mr. Rhee currently owns a web design and online marketing company which he founded in 2013. Prior to founding his own business, Mr. Rhee served as the Financial Manager for Trends Menswear from 1993 to 2013. In this role, he was in charge of overseeing the preparation of financial statements, bank records and expert reports. He also previously worked as an Assistant Controller for Manufacturers Hanover Bank in New York from 1990 to 1993, and as a junior auditor for the accounting firm of Ernst & Young from 1987 to 1989. Mr. Rhee graduated from New York University with a Bachelor of Science degree in Accounting. Mr. Rhee’s experience as a financial manager and assistant controller brings to our board valuable expertise in finance and management.

Sam Sang-Koo Shim has served as a board member since the founding of the Bank in 2006. Mr. Shim is a certified public accountant, certified valuation analyst, and a certified government finance manager who owns and is the President of SKS Consulting, Inc., a CPA consulting firm that he founded in 2002. Prior to founding SKS Consulting, Inc., Mr. Shim served and retired as the Chief in the Bureau of General Accounting for the State Government of Illinois after 23 years. Mr. Shim graduated from the Business School of Seoul National University, Korea, and received a Masters Degree in Business Administration from Northern Illinois University and an M.S. Degree in Business from the University of Wisconsin at Madison. Mr. Shim is active in the Illinois CPA Society and American Institute of CPA Society, and National Association of Certified Valuation Analysts. Mr. Shim’s experience as a CPA, certified valuation analyst and a certified government finance manager brings to our board over 25 years of experience in accounting and valuation, as well as experience in executive management. 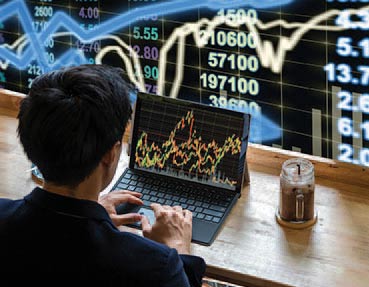