Nack Paek is a founder of the Bank, the Chairman of the board of directors and the Chief Executive Officer of the Company, and the Executive Chairman of the Bank. Prior to establishing the Bank in 2006, Mr. Paek was President of a successful SBA service provider, Government Loan Service Corporation, which specialized in originating and servicing SBA loans for banks from 1991 to 2006. Mr. Paek dissolved Government Loan Service Corporation in April 2006 in order to focus his full attention on the success of Metro City Bank. From 1980 to 1990, Mr. Paek was a sole owner of the local CPA firm of Nack Y. Paek, P.C., with its clientele being predominantly members of the Asian immigrant communities. In addition, Mr. Paek was a founding director of Summit Bank Corporation in 1987, where he served as Chairman of the Board from 1992 to 1994 and also Chairman of the Audit Committee. Mr. Paek was also the internal audit director of Continental Insurance Companies in Southern region of the U.S. from 1974 to 1980. From 2002 to 2016, Mr. Paek served as Chairman of the board of directors of the Center for Pan-Asian Community Services, Inc. (CPACS), the largest nonprofit community service organization geared to help Asian immigrants to settle and adjust in the Metro Atlanta area. In early 1990’s Mr. Paek also served as a member of U.S. Small Business Administration Advisory Council in Georgia. Mr. Paek obtained his Bachelor of Science Degree from College of Commerce, Seoul National University and a Master’s Degree in Business Administration from Northern Illinois University. Mr. Paek brings an extensive knowledge of our business and our markets gained from his long career leading the Bank and growing our franchise into what it is today. In addition, Mr. Paek provides our board with valuable strategic insight and business management skills gained over the course of his business career owning and leading numerous successful businesses.

Farid Tan has served as a director of the Bank and the Company since their inceptions in 2006 and in 2014, respectively. He is the President of the Company and the Chief Executive Officer of the Bank, and has over 40 years of banking experience. Mr. Tan joined the Executive Training Program for Bank Bumiputra Malaysia, a Malaysian bank owned by the Malaysian government, in 1981 where he served in a number of positions both in Malaysia and in New York, including Senior Account Officer, Senior Internal Audit Supervisor, and Senior Foreign Exchange Dealer. He was promoted to Assistant General Manager in 1993, a position that he held for six years before leaving in 1999 to become the Senior Credit Officer for Global Commerce Bank, a local community bank in Doraville, Georgia. He was President and Chief Executive Officer of Global Commerce Bank from 2002 to 2005 before leaving to become President and Chief Executive Officer of Metro City Bank, which opened in early 2006. Mr. Tan was educated at Polytechnic Ungku Omar, Malaysia where he received a diploma in accounting. Mr. Tan served as a member of CFPB’s Community Bank Advisory Council from September 2013 to April 2015. He also served as a member of the ICBA Minority Bank Council from April 2015 to April 2016. Mr. Tan was also a member of the Association of Cambiste International (ACI) and the Financial Market Association, Malaysia and USA. Mr. Tan is also fluent in three languages, Mandarin, Malay, and English. Mr. Tan provides the board his vast experience in community, regional and international banking that covers financial operations, audit, retail banking, mergers and acquisitions, loan syndication, foreign exchange trading, security investment, strategic planning and portfolio management. He also provides an overall perspective of all facets of the Company’s business, financial condition and strategic direction.

Howard Hwasaeng Kim has served as a director of the Bank and the Company since 2017. Mr. Kim is currently the Executive Vice President of the Company and President of the Bank. Mr. Kim also serves as Chief Lending Officer and Chief Operations Officer of both the Company and the Bank. In this role, he is responsible for leading and supervising the Bank’s lending department and the Bank’s deposit branches. Prior to his tenure at the Company, Mr. Kim has worked at the Korea Development Bank, a wholly state-owned policy bank in South Korea, from 1980 to 1991, where he was responsible for the bank’s accounting, loans and foreign exchange transactions. During his time at Korea Development Bank, Mr. Kim also worked in the bank’s securities company for six years as the accounting manager and representative manager in the Amsterdam Office. From 2000 to 2006, Mr. Kim worked as a loan officer and lending officers at various community banks in Georgia, until starting his position as the Chief Lending Officer of the Bank since Bank’s inception in 2006. Mr. Kim was appointed Executive Vice President and Chief Lending Officer of the Company in 2014, and President, Chief Lending Officer and Chief Operating Officer of the Bank in 2016. Mr. Kim graduated from the Hankook University of Foreign Studies with a Bachelor of Science Degree in Business Administration, completed from Seoul National University with KDB MBA and later earned his Master’s Degree in Business Administration from Georgia State University. Mr. Kim brings to our board strong leadership skills and a wide-ranging understanding of bank management from his thirty plus years of experience in banking, as well as valuable insights from the local business community.

Lucas Stewart is an Executive Vice President and the Chief Financial Officer of both the Company and the Bank. Mr. Stewart joined the Bank in May 2019 and previously served as its Chief Accounting Officer. Prior to joining the Bank, Mr. Stewart served as Vice President and SEC and SOX Reporting Manager at Fidelity Bank in Atlanta, GA from 2014 to 2019. Mr. Stewart also worked as a Director for Mauldin & Jenkins, a regional public accounting firm in Atlanta, GA, from 2004 to 2014 specializing in financial institutions. Mr. Stewart is a Certified Public Accountant and has over 18 years of financial institution experience with extensive knowledge in the areas of accounting, SEC and external reporting, financial planning, budgeting, operations, audit, and internal controls. Mr. Stewart received his Bachelor’s and Master’s degree in Accounting from the University of Alabama.

Abdul Mohdnor is an Executive Vice President and the Chief Compliance Officer of the Bank. He has been with the Bank since its inception in 2006 and has more than 20 years of experience in banking industry. Abdul is responsible for the implementation and supervision of the overall compliance program of the Bank, including all Compliance Risk Management programs encompassing AML/BSA, OFAC Compliance, Fair Lending, Operations, Strategy, and Administration. In this capacity, Abdul works in partnership with senior management and Board members, in particular the Audit and Compliance Committee members, to identify current and emerging risks, ensuring the safety and soundness of the bank. Abdul holds a BS in Business Management from the University of South Alabama, a MBA in Finance from Mercer University and a Juris Master from Florida State University College of Law. He is a certified community bank compliance officer and a certified BSA/AML professional by the Independent Community Bankers of America (ICBA). Abdul also serves as an active member of the Education Committee for Community Bankers Association of Georgia. 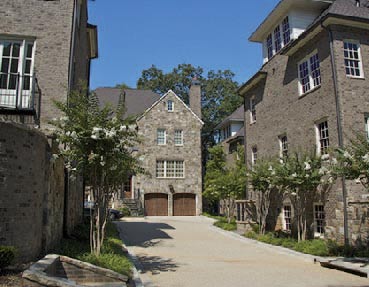